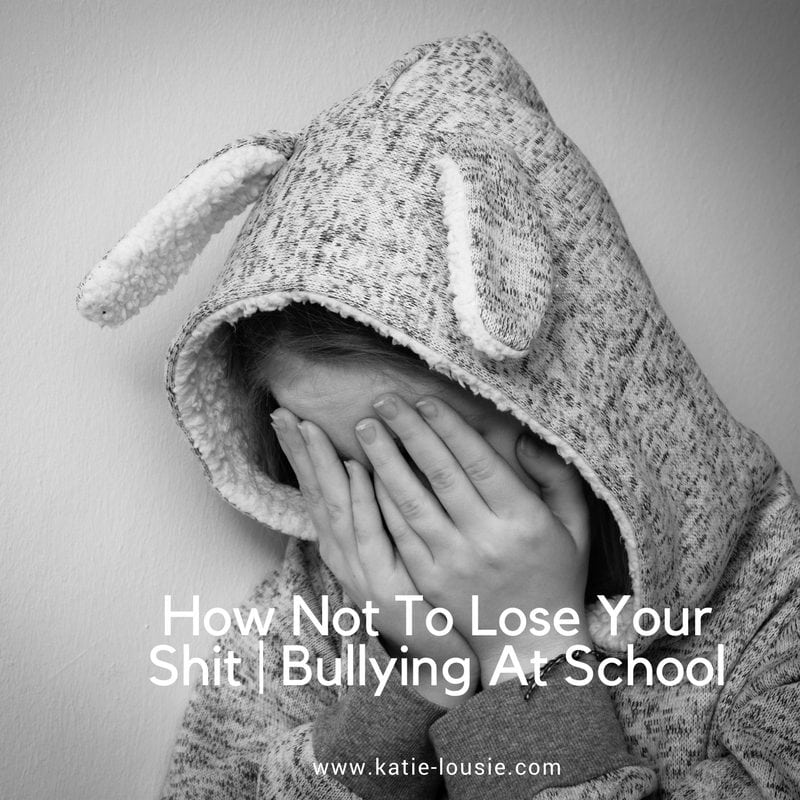 How Not To Lose Your Shit | Bullying At School

Bullying is an awful thing for anyone to have to go through at any age!

The first thing any parent wants to do is lose their shit, stomp down to the school and demand the reprobates get hauled out of class so that you can tell them what for yourself!

Before you lose your Shit - Remember.

My family's experience with bullying.

Every time I called the school to report bullying, I spoke with the head of my daughters year group to end up in tears. Why should my child have to endure this every day!

The complaints I made about the school buses were always out of the school's hands! " we cannot police the school buses" I was informed they have a transport contract with Transdev, and when you call them it was the same story "we cannot do anything! you need to contact the school" (Passing the buck!)

In the end, we just stopped our daughters from getting on the bus to school! We now transport our girls to and from school - I will never make them go through getting the school bus again! The problems went on from year 7 through to the end of year 9.

The school has dealt with everything accordingly, apart from the school transport issues, which in the end we gave up!

Here are just a few of the incidents our daughter had to face:

My middle daughter has also experienced bullying where a group of girls at lunchtime had surrounded her table who were intimidating her by getting in her face and pushing her. My daughter text me for help! I called the school straight away and explained what was happening they could see on the CCTV and informed a teacher with authority to sort the situation.

It did not end there. They carried on taunting my daughter, to the point she tried to seek refuge in the girl's bathroom she was followed. Finally, they decided to stand on the toilets in the adjoining cubicles, through orange juice all over my daughter! While another girl from the group filmed the incident on an iPad, which was airdropped to other pupils in the school! It was a humiliating experience for my daughter! Everyone was laughing at her and pointing at her as she walked through the halls! I did not hear about this until my daughter got home from school that evening in floods of tears.

It was the last of the bullying problems for my children. Nothing else has happened since we stopped them from getting on the school bus.

Bullying warning signs to look out for

Follow us on:
Copyright 2018 all rights reserved. Web Design and development by Digibound